Far Deep Void is a collection of sculptural vases literally emerging from a block of Polystyrene. The block is first melted in the inside through acetone to obtain a partially controlled void, where the flowing of a mass of concrete eaves some of its fluid on the inner rough surface, in the form to a thin layer. The block is later melted down from the outside leaving the hardened concrete shape emerge and reveal, rendering the unknown void shape visible and touchable. Melted polystyrene, once lost his recognizable aspect, becomes part of the final object partly covering it, leaving a permanent trace of its genesis and of the process itself.

One of a kind 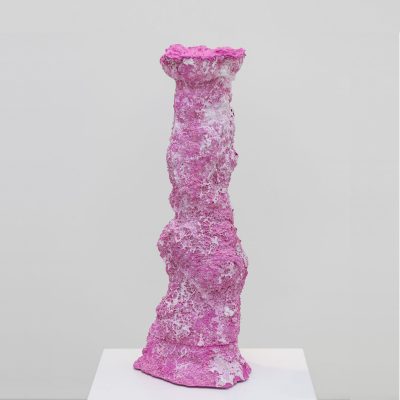